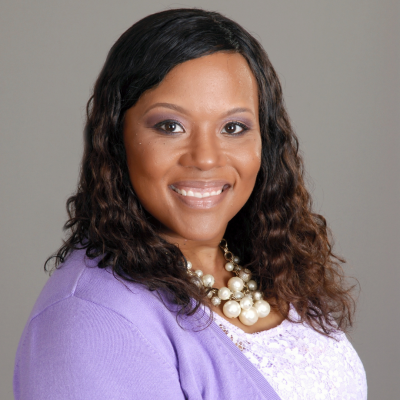 UCI Sue & Bill Gross School of Nursing Assistant Professor Nakia Best doesn’t tend to exaggerate: When she makes a statement, she has the data to back it up.

A self-confessed data nerd with a nursing PhD from University of North Carolina — Chapel Hill and a post-master’s degree from Johns Hopkins University in health informatics, she is passionate about translating the story that the data-based evidence tells.

“When school nurses are in the building, kids are healthier,” she explains. “The goal is for kids to have medical access to a nurse every day. That’s not the case in the United States, where 25% of schools have no nurse.”

Best neither expected nor planned to find herself an expert on the relationship between the availability of school nurses and educational outcomes for students.

This area of research came to her by chance, when she was introduced to an exceptionally rich trove of data relating to school nursing in North Carolina, where she grew up and spent two decades of her career.

Best’s practice had been as an ICU nurse in cardiothoracic surgery but, she says, “I’ve always been interested in how we’re using tech to improve healthcare.”

She had already left ICU nursing for teaching and research when, after her post-master’s, her question became, “Was there a way to marry informatics with critical care?” The initial focus of her PhD was to do with ways to improve nursing information capture in electronic health records.

An opportunity to mine ‘mesmerizing’ data

Best’s mentor, however, introduced her to North Carolina’s supervisor for school nursing, who had come to a healthcare community meeting looking for help. The state’s Department for Health & Human Sciences had been painstakingly collecting data about school nursing since the 1990s, and no one had ever put it to good use.

Best laughs about her own reaction when her mentor first put her forward as a possible candidate: “I knew nothing about school nursing. I hadn’t worked with kids. I never worked in paediatrics. I don’t have kids. My parents said that even when I was a kid, I was a little adult!”

Nonetheless, she recalls, “I left that meeting thinking, ‘I’ve got to do this!’ The data was mesmerising.”

What that data told Best about school nursing in North Carolina became the subject of her PhD.

The link between nurses and childrens’ success

Looking specifically at children with the chronic health conditions of asthma and diabetes, she found that “the presence of the school nurse reduced the number of days missed; it increased children’s ability to manage their own conditions. There’s also lots of evidence of how much of the principal’s and teachers’ time is saved when there’s a nurse around.”

She points out that, “Schools are charged with providing a safe environment for kids, and nurses help do this.”

Kids missed less school not just because they were less ill, but because parents were able to trust that the school was a safe place for their child to be.

After completing her PhD, Best still had questions about the experiences of school nurses and their impact on communities. But changing topic midway through her PhD meant that she’d spent six years researching and writing, and she was exhausted and in need of a chance to recharge. She returned to teaching at University of North Carolina Greenboro, where she had earned her initial master’s degree in Nursing Education.

Always ready to try something new

“I always liked teaching new nurses,” she says, again recalling a childhood trait. “My parents told me, ‘You love teaching!’ When I was a kid, I would literally sit my sister down and get a blackboard and teach her math from my grade. She’d be doing fifth-grade math when she was in first grade!”

For someone who is a born educator, researcher and, increasingly, a leader in her field, Best’s account of her career is full of self-deprecating humour, and frequent attributions of her progress to happenstance rather than her own skills and talent.

She’s frank about the difficulties of retaining confidence and motivation at times, and is quick to credit others — her mentors, her colleagues and family — for her successes.

“I’ll try anything,” she says, “because my parents always said, ‘Try it! If it doesn’t work out, you can always come home and regroup.'” Yet, demonstrably, it is indeed her ability, her approach and the quality of her output that have created widening demand for her work.

She wasn’t looking for a new job when Founding Dean and Distinguished Professor Adey Nyamathi, founding dean of the Sue & Bill Gross School of Nursing, got in contact to see if she would be willing to interview for UCI. The Dean was seeking faculty with Best’s specific skills.

“I still to this day don’t know how she found me,” Best recounts.

“It was Sunday and I was with my family. We’d been to church and we were having breakfast when I happened to flip through my emails. I thought her message was spam! But we’d heard of UCI because of their basketball team. I looked up Dean Nyamathi and I saw what a scientist she is. I thought: I want to do what she’s doing! And I always wanted to go to California.”

Best took up her position at UCI in 2019, just weeks before COVID-19 — began to make its way across the globe.

“Dr. Dan Cooper, a professor of pediatrics who holds several senior roles at UCI, got in touch,” she says. “He said, ‘We have to help Orange County get ready. No one knows what’s going on and everything’s changing every day. The community needs our help. How do we help schools prepare?’ I knew that school nurses needed to be involved.”

Along with “this ragtag group of scientists” who were her colleagues, Best plunged into the emergency, “…trying to help figure out who needed to stay home, how, ultimately we could get the kids back in school. Kids who were vulnerable. Kids in multi-generational households who have vulnerable older people at home. I was pulling together every piece of research I could find and reading, reading, reading…”

What impressed her most of all was how, “…school nurses never stop nursing. They said, ‘The schools may be closing, but I’ve still got my kids!’ And I thought, ‘I’ve got to tell their story.'”

More than two years into the pandemic, Best is now immersed in that work. “COVID was bad,” she says, “but it was much worse for some people. What I want to look at next [in relation to school nursing data] is overlaying the social determinants of health. Every child has a right to go to school, even if they have a health condition. Sometimes school nurses are the only access to healthcare that a child has — and nurses are able to connect them to other resources.”

She’s also engaged in analyzing qualitative data about school nurses’ own experiences during school closures. “People talk about moral distress, moral injury,” she explains. “When you think, ‘I know what needs to be done, I know the right thing to do, but something is stopping me from being able to do that thing.’ I want to share what it’s been like for school nurses. I want people to know what they’ve been doing.”

Best is well aware of the complexities involved in bringing about change, given that “There’s always a nurse shortage! You’ve got to train them and hire them…what are the budgets for that?”

But the first step, she says, is in raising awareness of what having a school nurse can mean for children in the first place.

“Parents are pretty powerful in getting school boards to make decisions,” she argues. “More affluent schools have better nursing cover, but they need it less. Do you even know if there’s a nurse in your child’s school building? I’d rather you knew before tragedy occurred.”

Nurse-leader and health informatics expert Nakia Best doesn’t tend to exaggerate. Perhaps school districts across America should take note — and increasingly, as her work continues, they will.