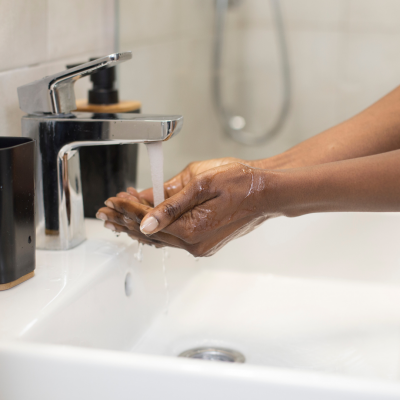 At the start of the pandemic, Americans were bombarded with public health messages from disparate sources, with advice often conflicting, ambiguous or sometimes even inaccurate. Americans were largely on their own in determining what was helpful or credible.

A cross-disciplinary team of researchers from UCI set out to investigate cognitive and behavioral responses to COVID-19 safety measures during the very start of the pandemic.

Findings suggest that, despite confusion and uncertainty, Americans did in fact adopt many of the recommended health-protective behaviors (e.g., hand hygiene, social distancing), performing them, on average, “most of the time,” with frequency increasing over time.

The study’s findings are published in the Journal of Experimental Psychology.

“We found that women and older Americans had a stronger tendency to follow public health recommendations, but that overall, our cohort took action on the information they received to mitigate their risk of contracting COVID-19,” said corresponding author, Dana Rose Garfin, PhD, assistant adjunct professor at the Sue & Bill Gross School of Nursing and the UCI Program in Public Health.

“We believe the distinct role played by scientists in the COVID-19 pandemic, with frequent media appearances, helped motivate our country’s initial response.”

The researchers approached their study differently compared to most of the behavioral studies that have been done on the pandemic. They conducted a probability-based, representative study, which takes extra consideration to ensure that underrepresented groups (e.g., low income and low education) are also included.

Investigators administered web-based surveys to 6,514 U.S. adults ranging in age, gender, education, and ethnicity during the months of March and April 2020. Survey questions covered a wide range of topics for assessment, including perceptions of risk, attitudes toward COVID-19 related:

In addition to females and being older, respondents who were Black and Hispanic demonstrated greater support for public health policies and increased early adoption of recommended health-protective behaviors.

“Based on our findings, we recommend that pandemic response messaging should include several approaches and mediums to appeal to the multitude of Americans’ perceptions, attitudes, and behaviors, as related to personal experiences and stressors,” says Garfin.

“We believe there is continued urgency for trusted, comprehensible communications as it relates to the next phase of the COVID-19 pandemic, including emerging variants and global vaccination efforts, as well as in response to future hazards.”

Funding for this study was provided by the U.S. National Science Foundation’s Division of Social, Behavioral, and Economic Sciences.