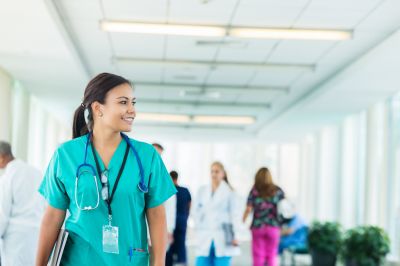 What is the definition of nursing?

That’s one question Associate Professor Miriam Bender is trying to answer as Director of the new Center for Nursing Philosophy at the UCI Sue & Bill Gross School of Nursing. It’s the first such center in the United States.

Defining the practice of nursing is no easy feat. Nurses can have any number of roles: frontline caregivers, leaders, educators, researchers and more.

“Ask any nurse to define nursing. They’ll tell you an amazing story, but you won’t get a definition,” Bender says.

The inability of nurses to concisely define themselves used to frustrate her. But the more she thinks about nursing philosophically, how nurses think about nursing amazes her.

Bender likens the attempt to define nursing to pondering human existence: Ask people for a definition of life, and everyone will have a different answer. 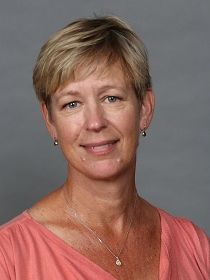 The tricky thing is, making health happen is not enough. Nurses are expected to make health happen with compassion and caring, and those can’t be put into metrics, either.

“What is needed for compassion to manifest? When you’re licensed as a nurse, are you now embedded with compassion forevermore?”

“There is something specifically unique about nursing that we haven’t been able to measure or really describe.”

Bender has concluded that compassion and care are unique outcomes of nursing rather than a premise of nursing. The interaction should end with people feeling cared for.

“A nurse can do many things that don’t result in a feeling of compassion. They can walk into a room, put some morphine in an IV and walk out the door,” Bender says.

“That’s technically reducing pain and technically the compassionate thing to do, but I would say that’s not nursing in any way, shape or form.”

Why nursing philosophy is necessary

There has been a decades-long gap in conversations about nursing philosophy in the United States. In the ‘60s up until the ‘80s, philosophical discourse was a critical element of academic nursing.

In the 2000s, says Bender, discourse waned significantly as schools shifted their focus to the delivery aspects of nursing, such as developing and testing interventions to improve patient conditions, for example mental health and palliative care.

Further, health organizations are increasingly moving toward defining nursing as a body count — in other words, how many nurses are needed to keep patients safe?

“While the existing research does show that nursing improves the quality and safety of care, it also clearly shows that the relationship is not as simple as more nurses equals better outcomes,” Bender says.

Moving away from numbers

To drive a move away from viewing nursing in numbers, she says nurses will need to be able to speak to exactly what unique things they do that make a difference in patients’ lives. Research can’t easily capture those things. This could be part of what is driving renewed interest in nursing philosophy.

“We seem to be hungry for this discourse and it’s been too long.”

Bender feels the conversation about nursing should be ongoing because it’s a profession that is always in flux. It has certainly changed significantly since the height of philosophical discourse decades ago.

When she went to nursing school, she felt the gap acutely.

A passion and willingness

In her search to fill those gaps, she worked to write papers and find a community of like-minded faculty. In 2018, she became a member of the International Philosophy of Nursing Society (IPONS), which was founded in the United Kingdom.

She was lucky that Dave Holmes, a leading nursing scholar focusing on critical theory and nursing, came to UCI in 2019 as senior faculty in the school. They collaborated on a paper that leveraged novel strains of philosophy to argue for novel conceptualizations of nursing, “Reconciling nursing’s art and science dualism: Toward a processual logic of nursing.”

“There is a real sense of excitement and engagement; a passion and a willingness to build this up again.”

It isn’t just philosophers gathering to answer these questions, either. Bender says nurses from all areas, including staff RNs, are hungry for the discussions.

The conversations are also an opportunity to exchange ideas with the international nursing community.

Nursing looks different around the world. Despite the differing approaches to the profession, the philosophy community can agree that what they’re doing is critical to the future of the profession.

“We just think philosophy is non-negotiable in nursing,” Bender says. However this feeling is not universal; Bender points out that many schools are dropping their philosophy and ethics courses in favor of task-based or more technical instruction.

Bender feels this is a dangerous trend because it leaves the door open for others to define nursing. She hopes the community of nursing philosophers can lead the way in stopping this trend by developing the concepts and discourse that helps to better understand nursing’s unique efficacy and which can then be taught in nursing schools and used by nursing professionals to guide practice in healthcare settings.

“We have to solidify the case for nursing as a profession and nursing as an efficacious practice that in and of itself makes a difference.”