Championing the health of immigrant families 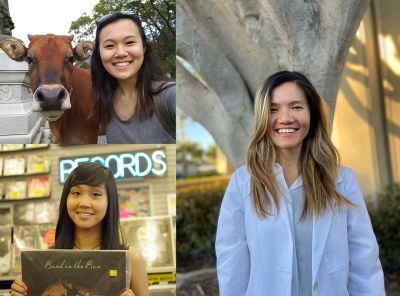 Coming to the United States to start a new life isn’t easy even in the best of circumstances.

It’s all the more daunting for families who come here with little money and limited English.

Home for Refugees USA, a community-based nonprofit, exists to help refugee families and asylum seekers establish themselves and gain stability, particularly with housing.

Minda Schweizer, MDiv, the founder and executive director of the nonprofit, says homelessness is a very real risk for these families. That’s especially the case in pricey Los Angeles and Orange counties, where average rents top $2,000 a month.

Each family with Home for Refugees is paired with a nursing student as part of the Vulnerable Populations and Homelessness course at the UCI Sue & Bill Gross School of Nursing.

Students in the course, taught by Assistant Professor Sara Brown, PhD, assist the families with housing applications, setting up internet service and negotiating discounts, along with other needs as they arise.

“The students help them through hurdles and barriers that shouldn’t be there, but are,” Brown says. “Then you add cultural norms, such as being put ‘on hold’ and not knowing what that is.”

For Master’s Entry in Nursing Program (MEPN) students Jasmine Hsu, Quan Pham and Jackie Valera, the course brought back vivid memories of their parents’ experiences as immigrants in a new country.

It also gave them greater appreciation and understanding of what their parents went through in search of a better life.

Now, they plan to dedicate their careers to helping the underserved and addressing the health disparities affecting the community.

Starting over in a new country 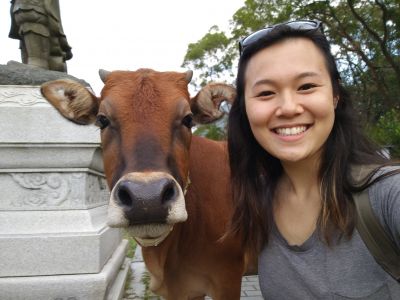 Struggle is common for immigrant families, says Jasmine Hsu. “They have to support themselves and their families while learning American culture and society, all while fending for themselves.”

Hsu’s father left Vietnam on a boat after the Vietnam War ended. With him were his younger siblings for whom he became the sole provider.

He struggled after arriving in America, working odd jobs and learning English while trying to navigate an entirely new land.

Hsu says this is typical of immigrant families.

“They have to support themselves and their families while learning American culture and society, all while fending for themselves.”

Pham experienced the trials of navigating a new country firsthand.

While her father also left Vietnam after the war, he did so on a plane, leaving behind Pham and her mother so he could first establish himself in America. Pham was three.

After he became a citizen, he called for his wife and child on a family reunification visa. Neither Pham, then 11, nor her mother spoke English. It was a struggle for them both, Pham remembers.

Pham’s father had taught himself English and worked at various odd jobs to support the family and supplement their food stamps.

Her mother eventually learned a little English, as well, and works at several jobs today. 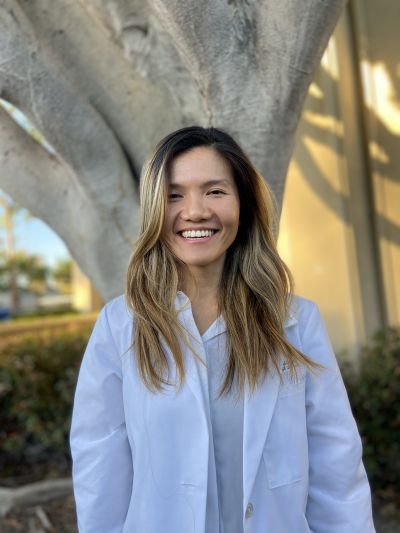 UCI nursing student immigrated to the United States with her mother when she was 11, reuniting with the rest of the family.

Making one’s way in a new country and trying to stay afloat is a tiring experience, says Pham. She experienced it as a child, and now sees the toll it takes in her role at Home for Refugees.

Many immigrants need to work multiple jobs to be able to afford their homes. Pham says the cycle is common in low-income communities.

On top of that, Pham points out a host of other challenges, including low pay and dealing with business hours that conflict with one’s work schedule.

The trauma of leaving a home country and the stress of rebuilding a life also leaves an already disadvantaged population at risk for more health problems.

“Those are some of the things we saw with our family. It gives you more empathy. You’ve been in their shoes,” Pham says.

Leaving a life of comfort

Valera’s parents’ experience differed: Her mother left behind a life of comfort in the Phillipines to come to the United States.

“Over there, my father’s family had a lot of money, they had a car. When they came here, they lost all their privilege and had to start from the bottom,” Valera says.

When Valera was born, she and her parents lived in a single room in her grandparents’ house. Today, her mom still works two jobs as a nurse assistant.

‘My dad struggled a lot’

Nursing student Jackie Valera with her mother and grandmother.

While working with Home for Refugees, Hsu was paired with a family from Afghanistan. Unlike many of the families the nonprofit assists, hers spoke English.

Hsu taught them how to scan documents with their phone and fill out rental applications. But the family lacked a printer — something that is easily accessible to the typical American family — which led to delays in their housing applications.

It wasn’t hard for her to think of what her father went through.

“My dad came here from Vietnam and had a younger brother and sister. He was a young adult and had to start all over. He didn’t know English,” she says.

“Seeing this person struggle and knowing English already, having a cell phone…my dad struggled a lot and worked hard to a degree I will never understand.”

Access to good healthcare is a huge problem among immigrants, something with which Hsu, Pham and Valera are all too familiar.

Pham recalls that while her father had health insurance, they encountered other problems.

“We had to do our own translation because we didn’t know we had to request a translator.”

Valera remembers the day she had a concussion as a teenager. Her parents took her to urgent care.

“The visit was $90. I didn’t want my parents to pay that, so I said we should go home and I would take a Tylenol.”

Hsu says bad healthcare has become normalized in the immigrant community, and it hurts their health.

“They get used to this level of care. The older, non-English speaking generation aren’t given proper education about eating healthy, getting enough exercise, psychological well-being, and preventative care. And they also don’t know how to advocate for themselves because they don’t know there are better healthcare services out there.”

For Hsu, Pham and Valera, their experience has solidified their mission to help improve the quality of care and access to patient education in low-income communities when they become nurses. They are fully committed to the families that remind them so much of their own.

Hsu plans to become a public health nurse later in her career and work to make good healthcare and health education accessible to everyone.

Right now, she says, the gaps between low-income and affluent communities are massive.

“The access to healthcare is bad. There are no workshops to teach people about their health. COVID testing is more accessible in more affluent communities.”

Outreach in low-income communities will be a key element in bridging the divide, and they want to help do that.