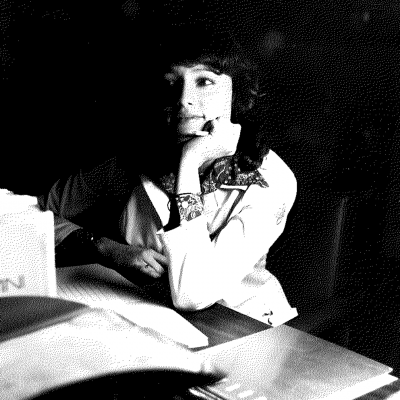 Adey Nyamathi has always wanted to help humanity in one way or another.

“I saw nursing as an opportunity to do what I love, which is care for others,” she recalls.

“And there are many ways to do it. The opportunity to help people in my community, whether local or global, has always been my passion”

After a five-year term of visionary leadership as the founding dean of the UCI Sue & Bill Gross School of Nursing, the distinguished professor is stepping down as dean and will return as faculty after a sabbatical.

She took the helm after the Program in Nursing Science became a school in 2017, thanks to a $40 million gift from the William & Sue Gross Family Foundation.

Nyamathi’s tenure built upon the solid foundation set by the bold leaders  in the development of the future of the school, such as Ellen Lewis and Ellen Olshansky, the program’s founding director and Professor E. Alison Holman, its acting director.

Overseeing a period of growth

During her time as the school’s leader, Nyamathi found many ways to show her care for her faculty, staff, students, and the community around her.

Nyamathi oversaw the school’s growth in nearly every area. Under her leadership:

“Under Adey’s tenure, we have recruited amazing faculty here who I am so honored to have as colleagues,” says Miriam Bender, associate dean for academic and student affairs.

“She has worked to expand our research infrastructure and support the expansion of our curricular programs. It has been quite a busy five years of growth.”

Looking back in pictures

Nyamathi contends that while all areas of growth were critical for the new School of Nursing, growing the research and philanthropy were of extreme importance. Bringing on an exceptional Director of Research, Priscilla Kehoe, and Director of Fund Management, Kartik Yadav, was critical to the success of research growth. Furthermore, Juliana Goswick has surpassed all expectations in promoting growth in endowments and scholarships.

Recognizing the need for diversity

Nyamathi’s heart has always sought to enhance diversity. As such, she spearheaded several initiatives aimed at increasing the diversity of the school, and in healthcare as a whole, including:

She is grateful to her amazing faculty and staff for making the school’s successes possible.

“There was always a small cadre of exceptional faculty and staff that surrounded me, a campus of seasoned leaders who enabled me to make sound decisions, and a community of supporters.”

Before that, she was faculty at the UCLA School of Nursing for 32 years, where she was the Audrienne H. Moseley Endowed Chair in Community Health Research.

Nyamathi has been principal investigator on dozens of National Institutes of Health (NIH)-funded studies of vulnerable populations, including homeless individuals, men at risk for HIV/AIDS and rural women living with AIDS in India.

Much of her work — then and now — takes place on Skid Row in downtown Los Angeles. For more than three decades, she and her team have been promoting the health of its homeless population. Her work with rural women living with HIV/AIDS in India has spanned more than 15 years. Countless individuals have been impacted by her.

One of her studies seeks to improve treatment adherence rates for infectious diseases, such as latent tuberculosis infection (LTBI), which can easily lead to highly contagious active TB in persons with weakened immune systems.

To encourage persons experiencing homelessness to complete treatment, which typically involves multiple clinic visits, Nyamathi’s team tested a model of care wherein nurse-led community health workers (CHW) interact with healthcare providers, and deliver prescribed medication to these individuals in the streets and shelters, or wherever they reside, thus mitigating many of the current barriers to treatment.

Once trained, Nyamathi says, it is CHWs who walk into the streets, enroll participants and educate them about the importance of taking their medication.

“They have walked in the shoes of the participants we treat for many years. They know what it takes to help them.”

Nyamathi has seen the CHWs change their lives thanks to stable employment with the universities. They readily go on to complete their education, move into new housing, and get into stable relationships, she says.

Her work with persons experiencing homelessness, and rural women living in India has led to significantly improved adherence to treatment, better health, both physical and mental, and reduced substance use. Her work and that of her collaborators is disseminated in nearly 250 peer-reviewed publications.

Nursing PhD student Alex Jones-Patten, who is studying vulnerable communities of color under Nyamathi’s mentorship, recalls how helpful Nyamathi was in giving her the opportunity to work directly with the population.

“She will be missed immensely in her role as dean, but I know that she will still be working behind the scenes to see that future nurse scientists flourish in the field.”

Informatics and nursing: the way of the future

Nyamathi has long seen big data’s potential in nursing and wanted to incorporate technology into the nursing curriculum. She did that, bringing on informatics experts Nakia Best, Jung In Park, and computer scientist Amir Rahmani as faculty in the School of Nursing. Now technology is heavily integrated into research studies of faculty and PhD students.

“There is so much additional value when we use technology to reach populations that have historically been hard to reach. I have always been focused on informatics. It is the future,” she says.

One of Nyamathi’s interests — from day one — has been the expansion of the educational, research and clinical partnership with UCI Health.

The majority of Health Sciences faculty are clinicians who see patients at several UCI sites, including the UCI Health Family Health Centers in Anaheim and Santa Ana and the UCI Student Health Center.

Nyamathi is especially proud of how her clinical faculty has met the challenge of the pandemic on so many fronts.

Nyamathi has long realized the importance of rallying the community’s support around a vision for the future. In establishing the Dean’s Cabinet and Legacy Society and expanding the Leadership Council, she has built a team of enthusiastic and loyal supporters of the school’s mission.

“When I began my relationship with the School of Nursing, my hope was to provide meaningful support to a deserving program I believed in, and one personally close to my heart,” says Sue Gross, a member of the Dean’s Cabinet.

“Her leadership has inspired a remarkable foundation. Critical research has advanced. Lives have been enriched. It has been an honor to know her personally and professionally.”

Former nurse and attorney Jennifer Johnson is honored to serve on the Dean’s Cabinet, she says. “It has been my privilege to serve, and I thank Adey for all of the contributions she has made to nursing and academia in general.”

Orange County philanthropist and longtime nursing supporter Mary Roosevelt says that she knew Nyamathi was special the first time she met her.

“She was so welcoming and our conversation during lunch together was both professional and fun,” she says. “She brought an elegant air of enthusiasm and charm, combined with the dedication and commitment it takes in a challenging pandemic environment.

After her term ends on Dec. 31, 2021, Nyamathi will take a yearlong sabbatical.

She is hoping to conduct a pilot study in Japan, a country she fell in love with during an earlier sabbatical nearly seven years ago. This time, she wants to return to study her community health worker-focused delivery of care model with the aging population, utilizing technology as an enhancement.

She also plans to spend more time with her three grown children and two young grandchildren, 2 and 5, who are currently learning Mandarin.

“It is fun to see the grandchildren speaking to each other in Mandarin while their parents catch every word now and then.”

Advice for the next generation

After the sabbatical year, Nyamathi plans to return as faculty for a few more years to continue her important research.

Her advice for the next generation of nursing professionals?

“Reach for the stars. Our students are leaders. The top of the top,” she says. “Become comfortable in your role, then reach for the next role. Don’t stay in one place for too long.”