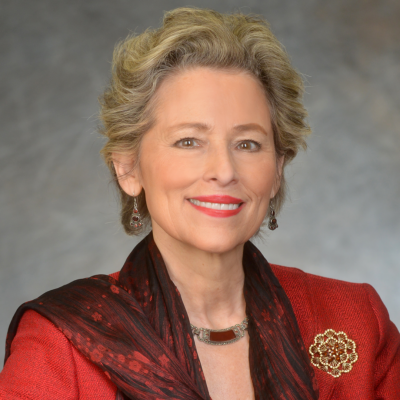 This Nurses Week, we are featuring the nurse leaders who helped build our school.

Adey Nyamathi has always wanted to help humanity in one way or another.

“I saw nursing as an opportunity to do what I love, which is care for others,” the founding dean of the UCI Sue & Bill Gross School of Nursing recalls.

“And there are many ways to do it. The opportunity to help people in my community, whether local or global, has always been my passion.”

She took the helm after the Program in Nursing Science became a school in 2017, thanks to a $40 million gift from the William & Sue Gross Family Foundation.

Nyamathi’s tenure built upon the solid foundation set by the bold leaders  in the development of the future of the school, such as Ellen Lewis and Ellen Olshansky, the program’s founding director and Professor E. Alison Holman, its acting director.

During her time as the school’s leader, Nyamathi found many ways to show her care for her faculty, staff, students, and the community around her.

Nyamathi oversaw the school’s growth in nearly every area. Under her leadership:

She also spearheaded several initiatives aimed at increasing the diversity of the school, and in healthcare as a whole, including:

She is grateful to her faculty and staff for making the school’s successes possible.

“There was always a small cadre of exceptional faculty and staff that surrounded me, a campus of seasoned leaders who enabled me to make sound decisions, and a community of supporters.”