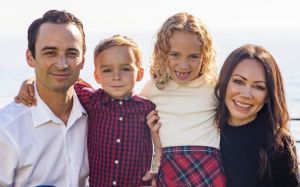 This July, the passionate educator is coming full circle: She’s returning to the nursing school as faculty to lead the next generation of nurses.

‘You’re going to be a nurse’

In high school, Whealon wasn’t sure what a nurse really was.

Nevertheless, her best friend’s mom knew she had something special. “She always used to say to me, ‘You’re going to be a nurse someday.’ “

From the moment Whealon enrolled in an associate degree program at Moorpark College, she recalls being “so into it.”

While waiting to get into a nursing program, she became a certified nursing assistant (CNA). She volunteered, traveled on medical missions with Flying Samaritans, and participated in local walks for charity.

A family of Anteaters 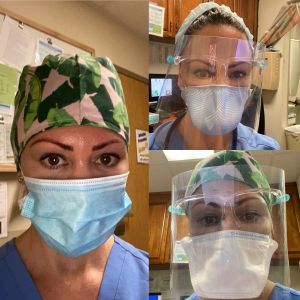 Whealon isn’t the only Anteater at home: Her husband, Matt, is a colorectal surgeon who graduated from the School of Medicine in 2012.

She was accepted into UCI’s graduate nursing program right after they married.

On her graduation day in June 2013, she delivered her daughter at UCI Medical Center.

She had a parade of visitors to keep her company because her husband was a resident at the time. “I can’t even count how many people.”

Community of support at UCI

Whealon’s class at UCI was just about 17 people. Therefore, they were able to form relationships with their professors that last to this day.

“The professors took a very special interest in their students,” she remembers.

In fact, one of her instructors, now mayor of Yorba Linda, helped Whealon and her husband find a real estate agent when they moved back to Orange County from the East Coast after his colorectal fellowship at University of Pennsylvania.

The relationship instructors have with their students at the nursing school inspired her to view her current students as future colleagues.

“There hasn’t been another experience where I can go back seven years later and still email my professors for guidance, the way I’ve been able to Susie Phillips or Susan Tiso,” she says.

The support at UCI goes beyond the nursing school, too.

“UCI is very family-oriented,” she says. Residents have watched the Whealon’s two children — a boy and a girl — while her husband was in training and she was at work. They’re now living just around the corner from a UCI Health physician and friend.

“It’s a culture. It offers a lot. You can’t necessarily just make that happen.”