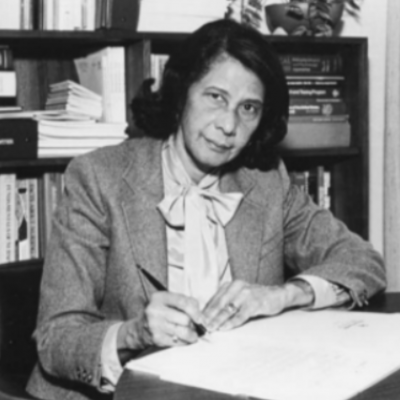 Ildaura Murillo-Rohde’s vision was a path for Latino and Hispanic nurses to pursue their education as a way to serve their community and help themselves.

She was the driving force in the formation of the National Association of Hispanic Nurses (NAHN) in 1975. Rohde’s career was spent advocating for the representation of Hispanic and Latino nurses at all levels of the profession.

Murillo-Rohde was born in Panama and arrived in the U.S. in 1945. When her nursing career began in San Antonio, Texas, she saw few nurses who could understand their primarily Hispanic patients linguistically or culturally.

The observation spurred her to earn a bachelor’s, master’s and doctorate degree in psychiatric mental health nursing from Columbia University and New York University, respectively.

The same experience reared its head years later when Murillo-Rohde took a role reviewing grants for education and research in the ‘70s. Once again, she saw that there were few Hispanic nurses in academic settings or public policy and advocated for change and representation.

Murillo-Rohde was a fellow in the American Academy of Nursing. She served as faculty, professor, then dean of nursing at SUNY in Brooklyn New York, and dean and professor emeritus of SUNY’s School of Nursing.

Today, the Dr. Ildaura Murillo-Rohde Award for Education Excellence by a Hispanic R.N. honors NAHN members who have made outstanding contributions in nursing education, research and practice.