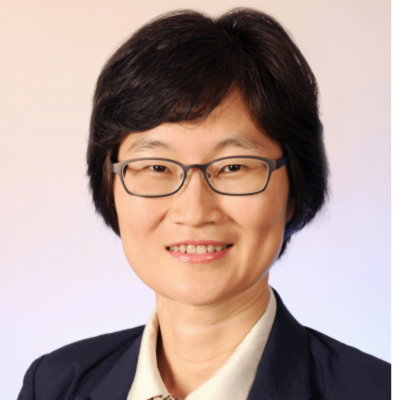 Associate Professor Jung-Ah Lee has been selected as the president-elect of the Asian American and Pacific Islander Nurses Association (AAPINA).

Lee was elected by the members of AAPINA. In her role, she will advance the philosophy and mission of the association, which is to serve as a unified voice for Asian American Pacific Islander (AAPI) nurses around the world. Lee will take the two-year role as the President-Elect and another two years as the President of AAPINA.

Lee has been affiliated with the association since 2005, when she was a doctoral student at the University of Washington. Dr. Eun-Ok Im, current president of AAPINA nominated Lee for the role, noting her experience as equity advisor for the UCI Sue & Bill Gross School of Nursing as well as Lee’s active membership.

Lee thought her chances were slim. “There were so many other great candidates,” she says.

“I am a fruit of the National Coalition of Ethnic Minority Nurse Associations (NCEMNA) mentee-mentor program,” Lee says, recalling her days as a nursing student when she was awarded as a mentee. The program supports ethnic minority nursing students’ academic and professional success.

Her nurse mentor, Yoriko Kozuki is a first-generation Japanese psychiatric nurse practitioner and faculty at the University of  Washington School of Nursing. Since then, Lee has mentored a number of international nursing students and junior nursing scholars herself.

“I am really proud of Jung-Ah and all she has achieved,” says Founding Dean and Distinguished Professor Adey Nyamathi. “Her representation in AAPINA is going to be a real coup for our school.”

AAPINA ultimately strives to have a positive impact on the health and well-being of AAPIs and their communities by:

AAPINA is a member of the National Coalition of Ethnic Minority Nurse Associations (NCEMNA), which represents 350,000 minority nurses. The coalition includes:

As one of her first actions, Lee and other NCEMNA leaders joined the “Health Equity Now Session” as panelists during the Nurse Practitioners In Women’s Health (NPWH) 24th Annual Premier Women’s Healthcare Conference last week.

The panel will discuss the state of culturally competent, accessible, and affordable healthcare, the professional and educational advancement of ethnic nurses, and leadership development in the areas of health policy, practice, education and research.

AAPINA was formed in Washington, DC, in 1992 during the First Invitational Congress of Minority Nurse Leaders sponsored by the Division of Nursing, Office of Minority Health and the U.S. Department of Health and Human Services, Public Health Service.

For more information, to support a future nurse or nurse-led research, please connect to Juliana Goswick, Director of Development at jgoswick@hs.uci.edu.