New professor has impact at bedside, in classroom 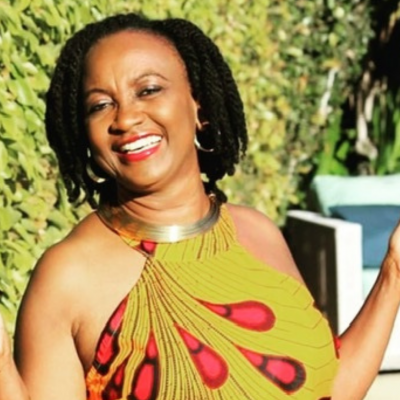 For Shelley Burke, DNP, MSN, RN, her role as an assistant clinical professor at the UCI Sue & Bill Gross School of Nursing is an opportunity to continue her nursing career while passing the baton to the next generation.

“The beauty of nursing for me is that dual career path,” Burke says.

“I both get to be a nurse at the bedside and care for people, and teach the younger generation and know they are going to be equipped to pass it on when their time comes.”

Burke has always wanted to be a nurse, ever since she was a young girl growing up in Guyana, a South American country along the western border of Venezuela.

At 5, she declared her intended career path to her parents. She never wavered, and her passion never waned.

“I just liked caring for things,” Burke says, including her six siblings and the family dog. “It was in me from a very, very young age.”

Drawn to working with children

Early in her career as a float pool nurse, she frequently worked in the various divisions of pediatrics.

Working with the children called to her natural nurturing instincts and love for nursing.

“I like seeing how resilient they are, how they bounce back from some serious illnesses to be even better,” she says.

When she was a sophomore in nursing school, Burke found out she was pregnant with twins. She already had two children under four and found the prospect of four under four overwhelming.

She put her career on hold. As her children grew, she would take classes as she could, careful not to let her schooling get in the way of her family.

‘You can always come back’

“The beauty of nursing is even if you’ve had a delay or an interruption in your life and were not able to continuously go to school, you can always come back,” Burke says.

“I was able to return and accomplished probably even more than I had imagined I would.”

That includes earning her master’s from Walden University in Minneapolis, and a doctor of nursing practice (DNP) degree earlier this year from Cal State University, Fullerton.

Teaching the next generation

As a professor in our nursing school, Burke is passing on her nearly 40 years of nursing knowledge and experience to the next generation of nurses and nurse leaders.

She will be teaching pediatrics courses this year and has been a clinical instructor at the school since 2018. She is also the faculty of record overseeing nursing students from UCI and other schools while they earn their clinical hours at CHOC Children’s.

“I like the school, I like the students. So when the opportunity for a full-time position came, I liked this already. It wasn’t a hard decision to make.”

Burke is eager to share her knowledge and experience, from her work as a clinical educator, to travel nursing.

“I see myself as a leader who has had so many opportunities to make a difference in nursing.”