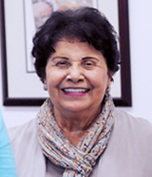 Dolores Grunigen, a longtime friend of UCI and The Sue & Bill Gross School of Nursing, has created an endowment that will support graduate nursing students who intend to work in underserved communities after graduation.

It started as the vision of Nikki Yamashiro, a Doctor of Nursing Practice (DNP) student and practicing nurse.

Yamashiro, who works in the COVID-19 unit at her hospital, personally witnessed the pandemic’s devastating effect on Black, indigenous and people of color (BIPOC), the result of decades of racial health inequalities and a lack of diversity in healthcare.

BIPOC individuals are more than twice as likely to contract and die from COVID-19 than white people, according to the CDC.

“A lack of diversity is a threat to public health and it’s racism,” she says.

The unfairness of it weighed on her heart and she wanted to do something to preserve, as she says, “the sanctity of human life.”

She proposed an endowment that would support DNP students who want to do just that: promise to serve people who need them most after graduation.

“We have witnessed how precious and how short life truly is in this health climate,” she says. “I’ve never felt a deeper gratitude to serve and preserve the sanctity of life without boundaries or limitations.”

Joining forces with a community leader 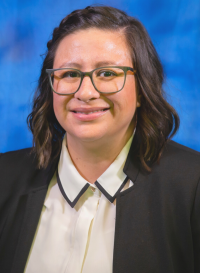 However, Yamashiro needed a supporter — starting a named endowment begins with a minimum $50,000 investment.

Upon hearing Yamashiro’s vision, School of Nursing Director of Development Juliana Goswick  arranged a Zoom meeting between Grunigen and Yamashiro.

Yamashiro is a perfect example of who a DNP is, she says. She’s a community nurse leader who asks “why” and identifies solutions to create thriving, healthy communities regardless of ZIP code.

‘She really reached my heart’

During their Zoom conversation, Yamashiro shared her motivation and her personal story of adversity, grit and triumph.

“She really reached my heart,” Grunigen remembers. “The understanding she has at such a young age is very impressive. I was totally amazed.”

Yamashiro cried when she got the good news phone call from Goswick.

She immediately sent a handwritten letter of gratitude to Grunigen and included a photo of her children. The photo was to recognize that because of people like Grunigen, children will be able to grow up in a caring society with accessible, excellent healthcare.

Grunigen, deeply moved, confesses, “I think I must have reread that letter at least 25 times!”

In her 34 years, Yamashiro has persevered to be where she: an advanced nurse practitioner and student in the inaugural cohort of DNP students.

A proud queer woman of color, she was born to young parents and raised by her strong, ambitious young mother with help from her loving, doting grandparents. They gave her a measure of stability despite what society had predicted of her.

After high school, she joined the Army as a medic for a few years before enrolling in nursing school to become a licensed vocational nurse.

“I had never been challenged so much,” she says, remembering frequent eight-hour studying stints.

But she also struggled financially and supported herself by delivering pizzas in between her studies.

After a few years as an LVN, Yamashiro wanted to advance. She returned to nursing school while working full-time in the Sheriff’s Department at the Central Men’s Jail.

Along the way, she also experienced discrimination because of her sexuality and mixed-race heritage.

Today, she’s a married mother of three who wants to be a role model to her children, especially her oldest daughter, Olivia.

“I want to set an example to her of who you are supposed to be in the world. Your children mimic and learn everything from you.”

The pandemic has shown just how wide the health disparities are between communities of color and the white community.

In a commentary for CalMatters, Kiran Savage Sangwan, executive director of the Pan Ethnic Health Network, notes that BIPOC and low-income communities face a lack of resources, stigma, implicit bias and barriers to care, language and treatment.

Some of the troubling statistics she shares include:

The health crisis facing these communities may get even worse if forecasts prove to be correct:  By 2030, California is projected to be short 8,000 primary care providers, according to the Future Health Workforce Commission.

Grunigen hopes her DNP endowment will attract and support nursing students who are ready to be agents of change.

“It’s about time,” she says. “Growth is what I’m really after. I want people to understand that education means growth and growth is the only way to understand what is needed in our world today.”

Grunigen’s mother wanted her to be a nurse. She was 18 and “fancy free,” she says. Instead, she took a job at JCPenney.

Eventually, she went to business school and became an assistant to the executive officer of the State Board of Medical Examiners.

“And that’s how I got involved in legislation. I used to do his homework.”

Before long, she was traveling to the state legislature as his representative. Known as Dolores DeSoto Rios then, the board eventually created a position for her as Assistant Secretary and Legislative Advocate for the Allied Health Committees licensed under the state board.

She was honored to be a passionate nurse advocate to the committee, which was created by the Legislature under the medical board to determine the needs for nurse practitioners and physician assistants. Grunigen and committee members traveled to meetings throughout the state. In 1978, the CA Board of Registered Nursing established voluntary certification for nurse practitioners.

During her committee work, Grunigen met the late dean of the UCLA School of Nursing, Lulu Wolf Hassenplug, who inspired her direction to further support the nursing profession.

“She was very imposing, and she created a space for me to understand what nursing was all about. She was amazing. We eventually became good friends.”

Grunigen and her late husband, Dr. Forest Grunigen, a urologist and assistant to the dean of medicine at UCI, have always been passionate about education and access to it.

They have long channeled much of that passion into UCI, including the Grunigen Medical Library and bringing what would eventually be the UCI School of Medicine into the UC system.

“Education has always been my primary goal in life,” she says. “I keep learning. Every day should be a new learning experience.”

The endowment is another way Grunigen wants to ensure that access to education is there to anyone who desires it, whether they have the means or not.

“You can’t do much in this world today, but if you have it, why don’t you share it?” she asks. “Let someone else share in your joy and promise of the future.”

‘My mom finally got her way’

Grunigen has been a member of the Dean’s Leadership Council since the earliest days of the nursing program. There, she offers her outsider’s perspective as a legislative nursing expert.

Back then, she predicted that the DNP would be the way to go for nurses. Today, it’s the highest level a nurse can reach. Grunigen is helping nurses do that so they can go on to change the system.

Grunigen thinks back to her mom’s desire for her to be a nurse and marvels.

“My mom finally got her way,” she says. “It has been proven in many ways that she was right. She knew.”

Growing the DNP endowment for the future

With the promise to serve our most vulnerable communities, The Dolores DeSoto Grunigen endowment strives to be an inspiring model to shift our current state of health disparity to one of equal access.

To celebrate this historic endowment, amplify greater awareness and ensure its ongoing success, the School of Nursing and our DNP students will host a yearly crowdfunding event starting on Nurses Week, May 6.

For more information on the Grunigen endowment, the DNP program or how you can change the life of a nursing student, please contact Juliana Goswick, Director of Development, at Jgoswick@hs.uci.edu or 949-824-3968.