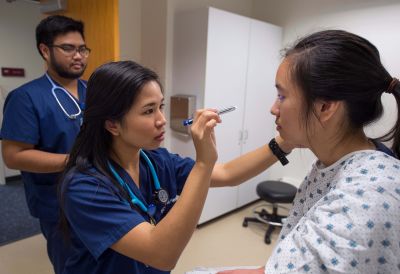 The UCI Sue & Bill Gross School of Nursing has been named one of California’s best nursing schools by Nursing Schools Almanac.

Out of 70 schools in the state, UCI’s nursing school is ranked 10th. The school is also the 21st best school in the Western region.

The almanac also ranks the school as one of the best in the country. Just 6% of nursing schools achieve a national ranking.

The websites evaluates schools for their:

The almanac cites UCI for: